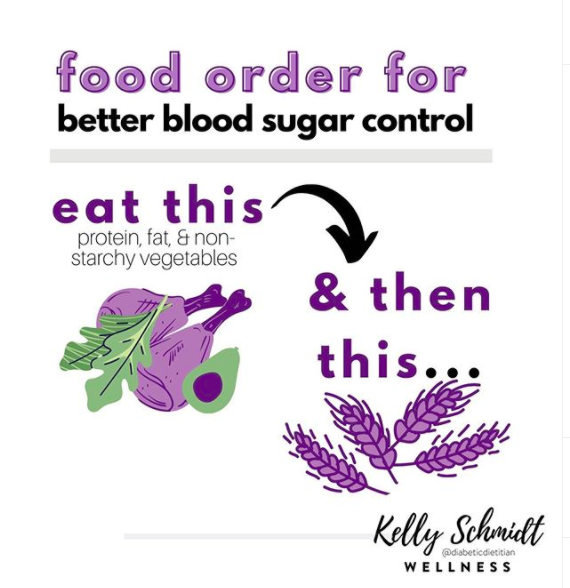 ⁠⠀
Among the sneaky things that raise your blood sugar levels, the order of ingredients you eat at your meal can make a difference.⁠ Research from Weill Cornell Medical College tested what happened when participants ate the same meal on different days but alternating what macro they ate first.⁠⠀

First, they ate carbs, followed by protein, vegetables, and fat; another day they ate the protein, veggies, and fat first, followed by the carbs.⁠⠀
⁠⠀
Both glucose and insulin were lower when they ate the carbs last.⁠ Researchers say eating the carbs after the other foods may slightly reduce the time it takes to convert the carbs into glucose, preventing a spike after a meal.⁠⠀
⁠⠀
I’m curious, do you strategize which macro you eat first? I often begin with non-starchy vegetables or protein.