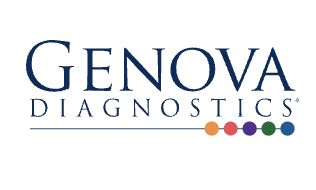 
This is a unique opportunity to take a close look at the microbial world that exists in our gut, and how it affects our daily functions.

The gut microbiome resides in your large intestine and is host to more than 1000 species of bacteria that perform certain important functions from shaping the immune system to influencing the metabolism of nutrients to fortify the intestinal mucosal barrier (gut barrier).

It is important to know the abundance of the bacteria that symbiotically live in the human gastrointestinal tract because imbalances in the gut microbiome may lead to gastrointestinal symptoms, skin conditions, autoimmune disorders, immune system imbalances, and multiple inflammatory disorders.

The GI Effects report provides you with actionable recommendations that include potential risks for:

The test performs the most comprehensive analysis available of your intestinal microbiome ecosystem from a simple one-time stool collection. This test examines the complex and intricate relative abundance of each species or genus measured, in relation to the rest of the ecosystem, to provide a unique perspective on the gut microbiome and its connection to disease and inflammation.

The functional digestive analytes aid healthcare providers in determining if deficiencies in digestive enzymes, bile, or other critical metabolites are the root causes of gastrointestinal inflammatory symptoms.

This test provides patients with an actionable report that includes dietary recommendations and other natural supplementation like prebiotics, probiotics, and polyphenols.

Imbalances in your gut microbiome may lead to the following symptoms or conditions:

Should I stop probiotic supplements before taking a stool sample?

Ideally yes, but there can be situations where you can maintain the daily use of probiotics, but not recommended. The results reflect the relative abundance of these microorganisms (bacteria, candida yeast, parasites, and viruses) compared to a reference range at the time of the sample. Thus, if a person is using a probiotic supplement in the days/weeks leading up to the sample collection, their sample will reflect the ecosystem as influenced by the probiotics.

Kel will either have the patient remove or discontinue the probiotic for ~2 weeks before sample collection. The sample will then represent a person’s “baseline” microbiome ecosystem and a practitioner can individually recommend probiotic supplementation from baseline. The second strategy would be to run a stool test about ~one month into the probiotic supplement to determine if that particular product is effective for that individual.

Can you tell me about the GI Effects RNA technology?

The GI Effects is a DNA test. PCR is used to amplify and extend products of genomic DNA in the stool sample and then the lab’s microarray technology is used to measure bacteria 16s RNA.

Does this report show all of the bacteria that are growing in my gut?

Are there other types of bacteria that may be causing symptoms that are not on this report?

The GI Effects looks at three different types of dysbiosis:

In the process of putting together a clinical history that takes into account your symptoms, the test provides multiple correlations/risk factors for certain disease states or metabolic abnormalities. Because this type of testing is still an emerging science, it could be that your symptoms are not explained by the bacteria found on the report, however, since the test provides disease and metabolic associations for ~105 bacteria, this is rare.

Does the check mark on the Gut Pathogen test indicate that the pathogen is present?

The check mark indicates that the pathogen has been detected in the sample at a level that is considered pathogenic.

Does the stool test, test for SIBO?

No. A stool test is never determinate for SIBO, as stool testing evaluates large bowel microorganism ecosystem and SIBO is a manifestation in the small bowel (SIBO = Small Intestinal Bacterial Overgrowth). However, there is a correlation with an overabundance of certain bacteria that are associated with SIBO. If SIBO is suspected, the provider should complete an extensive intake and review of symptoms and consider running Kel’s IBS Smart test which includes anti-CdTB and anti-vinculin antibodies that have a strong positive correlation with positive SIBO diagnosis.

Orders are accepted from the United States only.Stool tests are not available in New York State.